Recently Atrium Agri signed an agreement with Advanced Climate Systems (ACS) for exclusive distribution of the BaOpt climate system in the horticultural sector. The ACS climate system, which uses diffuse ventilation, is used successfully in various industries. Because Atrium Agri and ACS join forces, the BaOpt system is now being introduced in the sector around the world.

The collaboration goes by the name Atrium ClimaTune, in which both Atrium Agri and ACS have a share. As such, Atrium Agri, in collaboration with ACS, is fully committed to innovative solutions supported by intelligent software (AI) to further strengthen their proven added value in horticulture.

The BaOpt climate system ensures a diffuse distribution of the air so the properties of the air can be regulated very precisely. For example, the climate system can ensure that the properties of the air in the entire greenhouse are the same or are controlled per area. The great advantage of this is that the cultivation conditions are more controllable. This benefits production and reliability. In addition, the system no longer needs the traditional air hoses under the crops and can be much more energy efficient. The properties of BaOpt make it possible to greatly improve the results of vertical cultivation and cultivation in closed spaces. Atrium ClimaTune will be the exclusive worldwide distributor of this technology within horticulture. 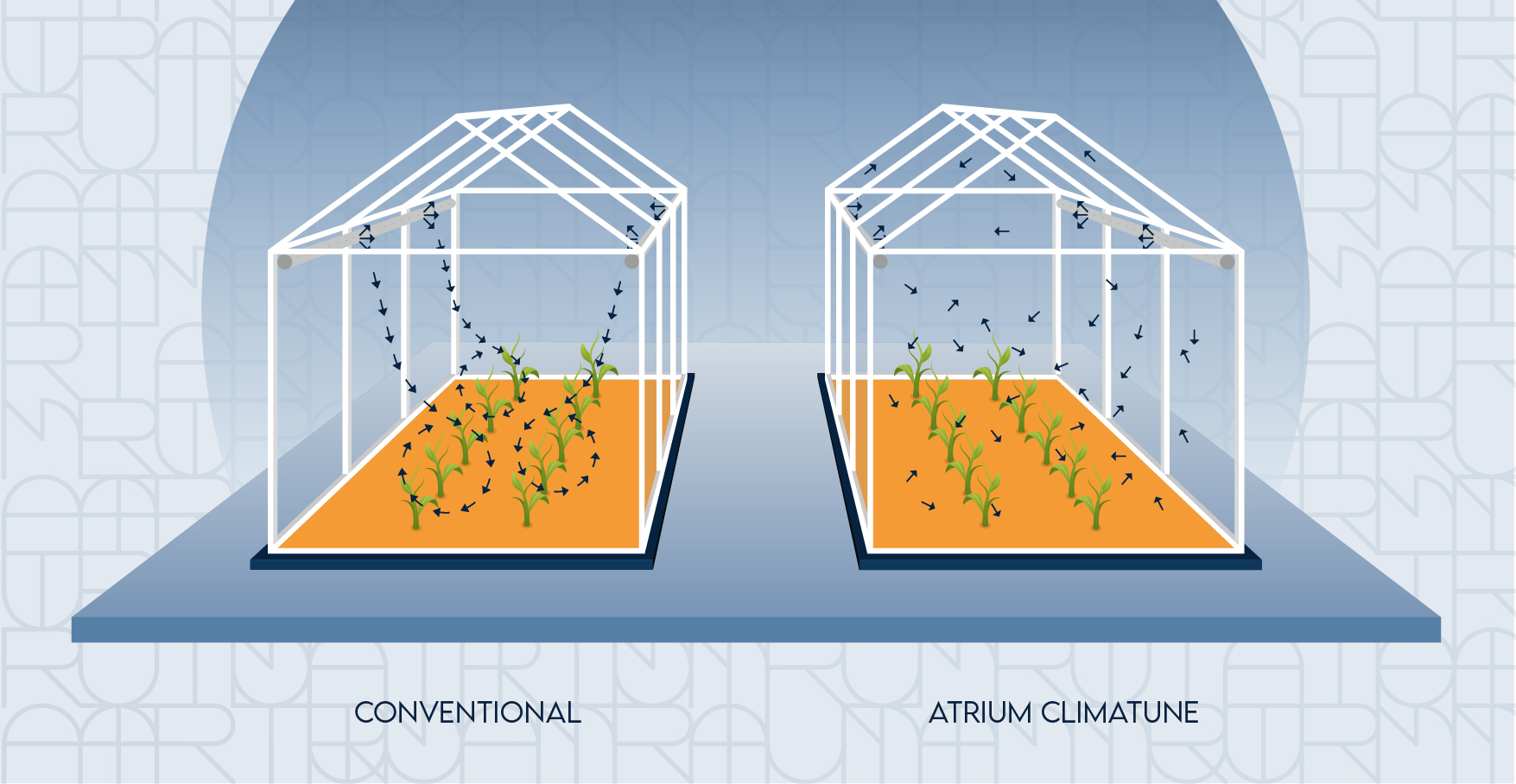 BaOpt will be used to collect data on the climate and the cultivation process. This system has been used successfully in the built environment for a long time and provides a perfect insight into the development of the cultivation. It stores data with high frequency and is always available. This makes BaOpt the basis for the application of existing and newly developed Intelligent cultivation software (AI). Atrium ClimaTune expects to control cultivation entirely via artificial intelligence within a few years.

“We’re proud of the collaboration with Atrium Agri”, says Sietse Damstra, director of Advanced Climate Systems. “We have a lot of experience with the latest data-based climate control techniques in the built environment. We’ve been applying this knowledge in horticulture for many years now.” Commercial director Guido Bartelink states: “The link with Atrium Agri creates an ideal combination of technical knowledge, knowledge of cultivation and commercial strength on a global level. Together, we can play a leading role in global horticulture in all its new forms”. 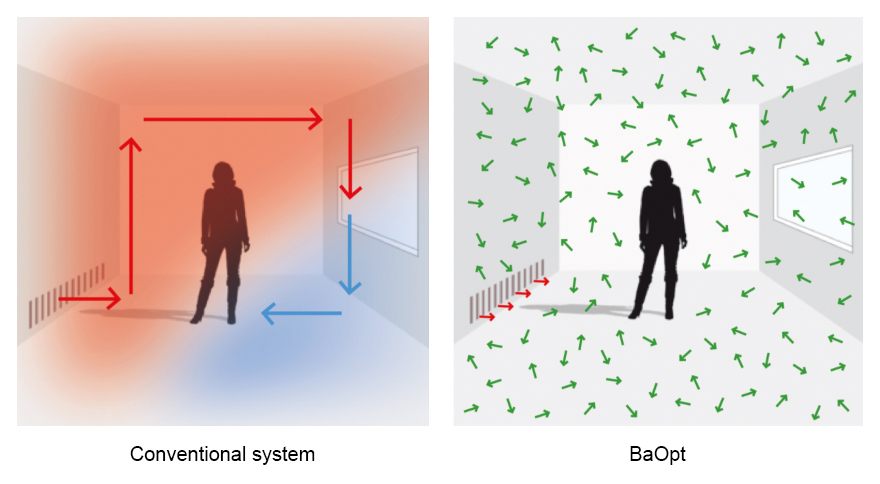 Atrium Agri praises the developments of BaOpt. “We’ve been keeping an eye on BaOpt for about ten years,” says Koen Brabander of PB tec. “It started with a trial in a greenhouse, followed by WUR. BaOpt’s claims were big and revolutionary in terms of impact on climate control in semi-closed and closed cultivation areas. When something seems too good to be true, it often is too good to be true. Ten years later, however, BaOpt has become a household name for climate control in difficult environments such as airports and swimming pools. In recent years, they’ve built their own data platform. Through self-learning software (AI), BaOpt is able to take over complete controls and constantly improve automatically. Given the rapid development of semi-closed greenhouses and the imminent stormy development of multi-layer indoor cultivation areas, we’ve decided to strengthen ties to learn from each other’s knowledge. We want to make the benefits of Atrium ClimaTune systems available to our customers”.

“As a climate specialist we see a lot of potential in greenhouses with active air systems by means of fans and/or air handling units”, says Edward Verbakel of VB. “We see limited added value of the BaOpt system in traditional greenhouses unless they are being re-modified. We foresee an interesting collaboration between our current partners in automation and the Atrium ClimaTune system. It offers new possibilities for conditioning by thinking outside the traditional framework. That gives positive energy!”

“I’m good at realising large, complex cultivation areas, but I fully rely on my partners for the arrangements”, says Henk Verbakel of Havecon. “I’m pleased that Atrium Agri is going to prove the BaOpt system ‘again’ in a conventional greenhouse environment and in a closed ‘box’. That’s why I’m quite proud of this new step of Atrium Agri.

If you would like to know more about the companies in this press release, take a look at the websites of Atrium Agri, ACS and BaOpt.